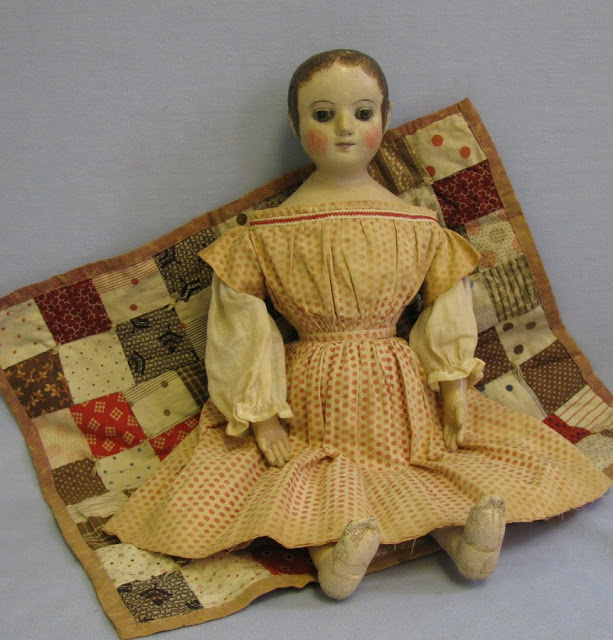 Email ThisBlogThis!Share to TwitterShare to FacebookShare to Pinterest
Labels: Izannah on Ebay

Tinted Daguerreotype of Child with Doll on Ebay

Izannah Walker doll lovers will find this Ebay auction for a tinted daguerreotype of a child with a doll interesting. 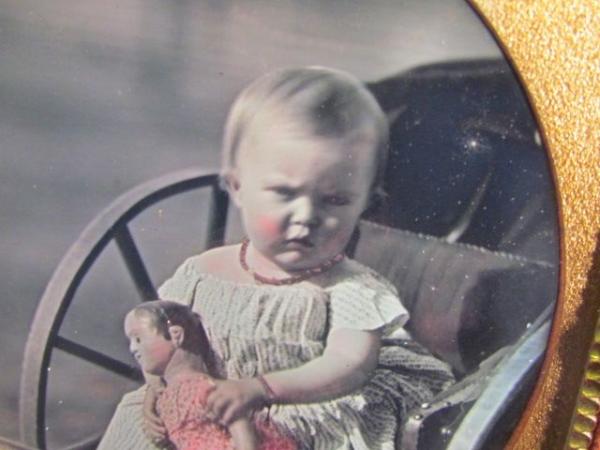 Elizabeth Isenberg emailed me and shared the following ideas about this daguerreotype:


"...this is an early brass mat that came out in the1840s and used into the mid 1850s. Until a couple years ago when I attended a lecture on confederate dags, I would have thought this was that early. However, I learned that because of the embargo on goods in the south, cases were reused....so I look for other clues but I don't see any. The dress is a typical day dress. The jewelry and the doll's dress have been colored, along with her cheeks with a dry powder (because the image can't be touched) and then the artist breathed onto the plate to hydrate the paint. The image is sharp except for the child's face because she moved. It wasn't a long exposure (less than 20 seconds) and looks like it was taken outside because of the amount of light. The back drop is just a piece of canvas and the mat is not attributed to a photographer (possible traveling daguerreotypist) which would have given us more info. Who knows if this has a photographer's card behind the image or the child's name. I wouldn't hold my breath- but it is still a good image for any doll collector.

I think the doll gives lots of info- The seam between the head molds is broken and may have given Izannah the dream to redo her doll and I don't see any evidence of side curls. Could this be a Bates Doll?  I've just received a copy of the book, Your Dolls and Mine by Janet Pagter Johl (1852) off amazon books and page 40 talks about Reuben Bates who


was a pattern maker and made a iron head mold with the mouth slightly crooked and one eye higher than the other (pic of Izannah mold next to Bates). He lived in Providence for a number of years and made dolls also." 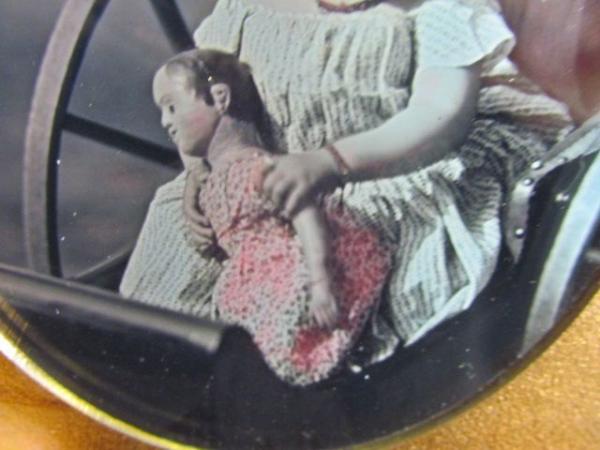 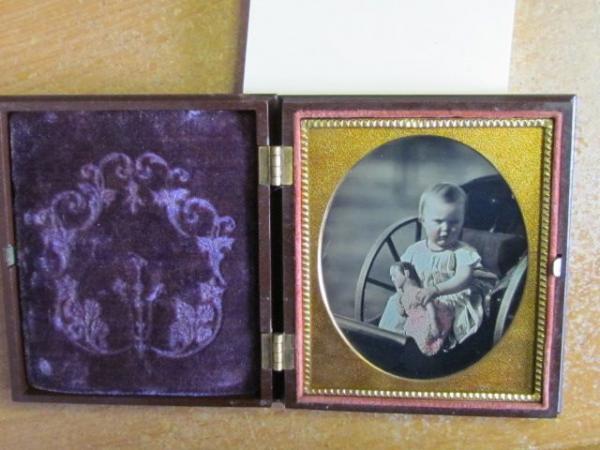 If you like to follow Izannahs at auction, one way to do that is to sign up for lot alerts at auction companies which have sold Izannah Walker dolls in the past.  Auction companies like Withington's, Morphy's, Bertoia, Theriault's, Frasher's, McMaster's and Skinner have sold Izannah Walker dolls.  Occasionally they show up in other places such as estate auctions or Ebay.  Some of these sites have the option of signing up for an account where you can name specific items that interest you.  Then when that item comes up they email you.


There are also companies online like Liveauctioneers, Artfact and Prices4Antiques which facilitate internet bidding and/or track auction results.  Prices4Antiques and Artfact have membership fees, to see realized prices.  I try to track these as I'm aware of them here, but haven't compiled a list yet. You can find past auction results at these sites if you choose to become a member.  It is really fun to see the variety of dolls that have come to market as well as the realized prices.