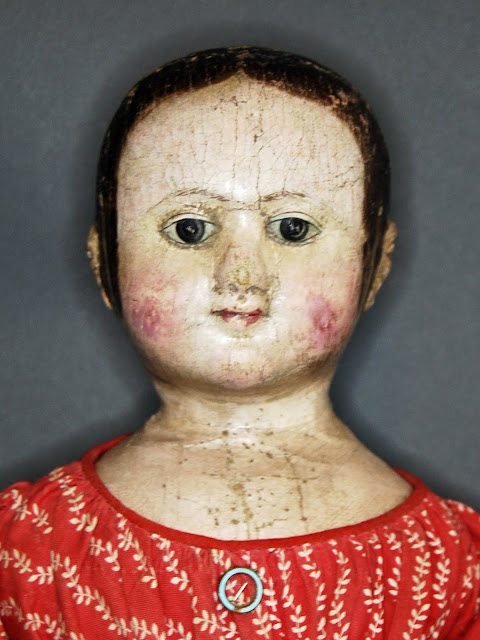 The Izannah Walker doll pictured above and below will be auctioned on August 19th at Withington's.

The doll is 19 1/2" long and was originally a gift to Mary Stevens Burdick when she was 10 years old in 1871, in Newport, RI. (as stated in a note pinned under the dress).  Mary Stevens Burdick married William Paine Sheffield in 1889. Mary's husband,  William Paine Sheffield, studied law and served as a congressman in the 61st Congress.    According to Who's Who in America, Volume 6, they lived at 6 Cottage Street in Newport. 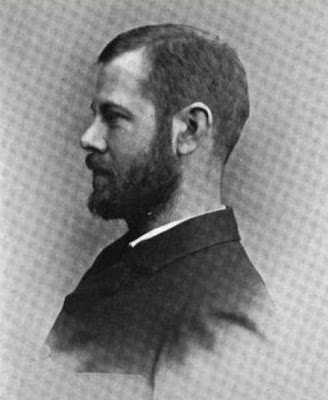 With a bit more digging, we might be able to uncover some photos of Mary, the owner of the doll.  I am sure that Sheffield and Burdick descendents would be interested in learning that this this doll owned by their past family member. 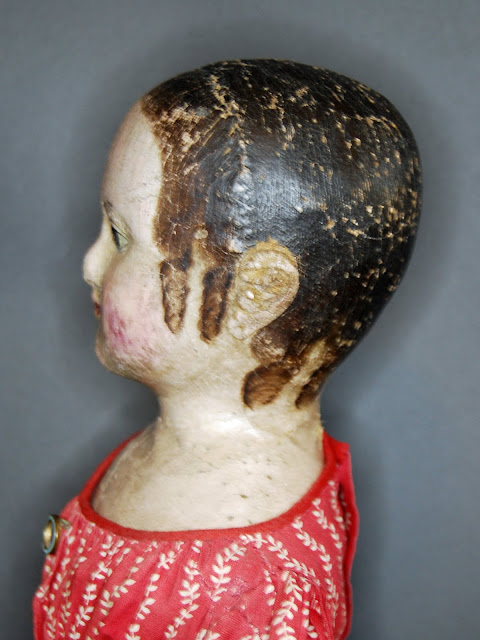 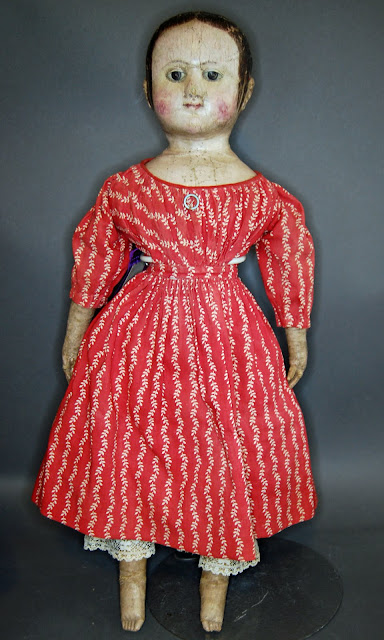 Wonderful bare feet!
And look at that red dress!
It's a red letter day for Izannah.
As I get more information, I will be adding it here.
Mark August 19th in your calendars.