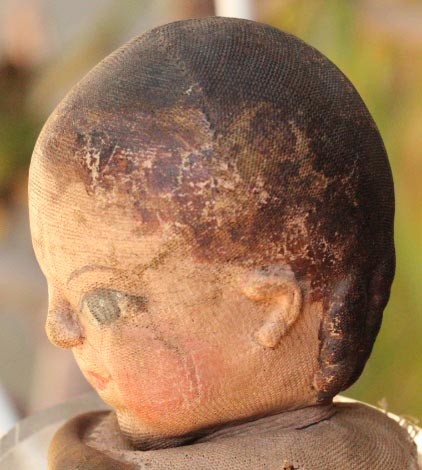 So let's talk about why it might be considered an Izannah Walker doll.  What this head does have in common with an Izannah doll is a stockinette covering and a folk art like appearance.  The seller says it is molded.  And some curls at the back of the neck.

What's different?  I've never seen or heard of a 3" head size in an Izannah doll.  I haven't seen or heard of an Izannah Walker doll that has molded curls at the back of the neck.  This seems more like a papier mache feature.  Could someone have covered a papier mache head with stockinet?  This doll has a very different kind of stockinet covering than original Izannah Walker dolls I've seen.   See how the original Izannah below has stockinette that is a different kind of weave? 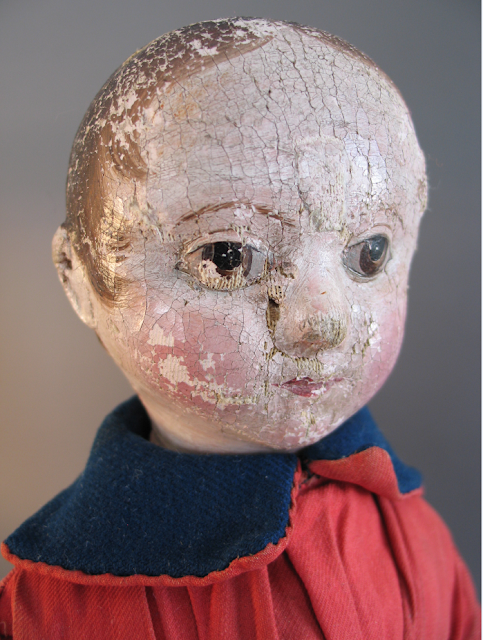 Izannah was an experimenter.  This doll at top might have been made by someone who had admired an Izannah Walker doll.