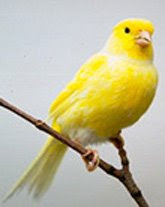 Why do I have a post about raising canaries
on the Izannah Walker Chronicles?
Because oral tradition has it that Izannah Walker raised canaries. Which apparently is not such an easy thing to do. I have two friends, Leslie and Josh, who are experts in identifying birds. I can identify the animal is a bird because it has wings and a beak. ;-) There's a lot to know about birds. 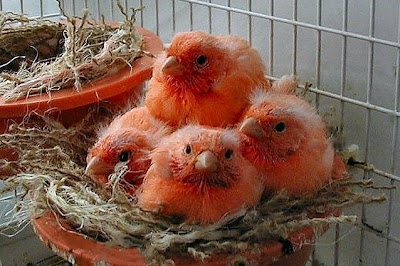 If you read the article (gold star for you!) you will know that raising canaries before electric lights were available must have been a pretty difficult thing - especially in cold Rhode Island. And also, in an age when women were encouraged to spend their time embroidering primers raising canaries might not have been the mainstream choice for women's hobbies.

When I read the little we know about Izannah Walker, I imagine her being played by Katherine Hepburn. Can't you see that? It's probably because I just watched a video of Tasha Tudor called Take Joy and she sounded a lot like Kate Hepburn. All eccentrics.

The people who go deeper into who they are without worry of what others' think are the ones who make a mark on the world. ~ Dixie Redmond
at July 10, 2008