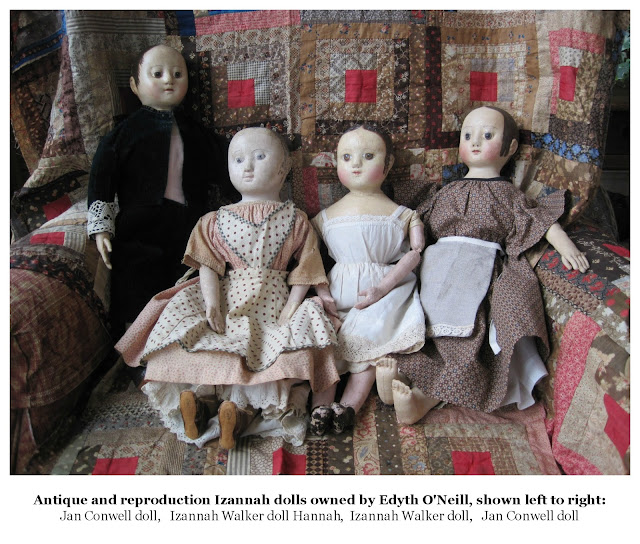 Edyth O'Neill has been a doll collector for decades.  An artist in her own right, Edyth is a painter, doll maker, and well known hooked rug designer.   Above is a grouping of Izannah dolls - antique dolls in the center, flanked by reproduction dolls made by Jan Conwell   Here is what Edyth has to say about her antique Izannahs:

“Hannah, at middle left, is shy and faded and worn. An antique Izannah Walker doll, she has had minimal restoration. Her Sister in the middle right has just joined her and has had a split in the center back of her head repaired and probably a patch in the center of her forehead as well as extensive repainting. Comparison with Chronicle photos of many other Izannahs leads me to believe that the second color around the doll’s hairline in front and on the bottom of the front curls on both sides is not unusual on the old ones. Perhaps the darkest hair was painted first, and the softening lighter brown was added at the hairline and the tips of a few curls on each side. This might be a point of interest to doll makers of this genre. Both are dear examples of a beloved doll family.” 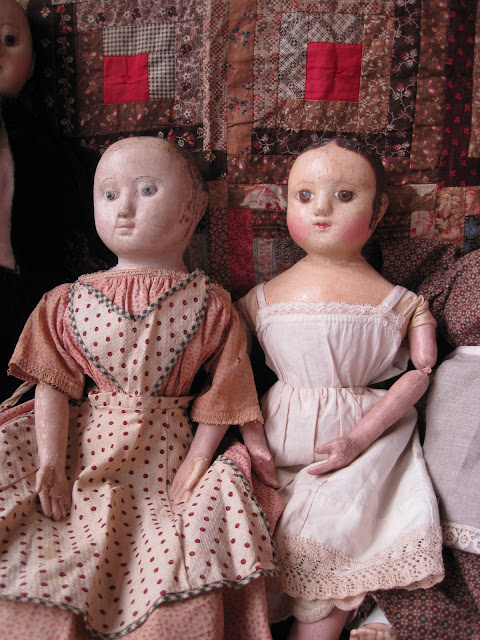 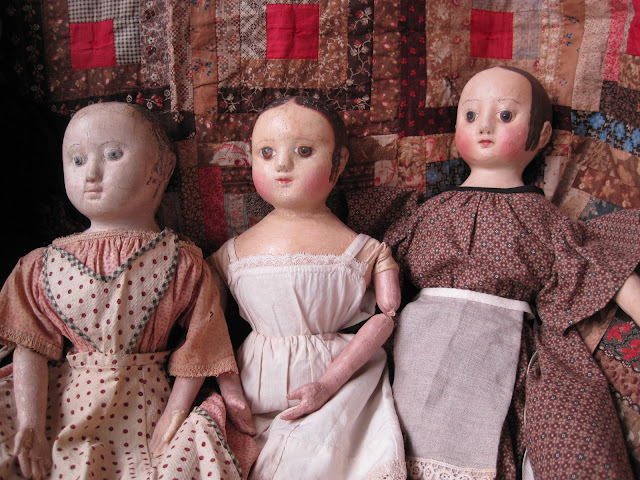 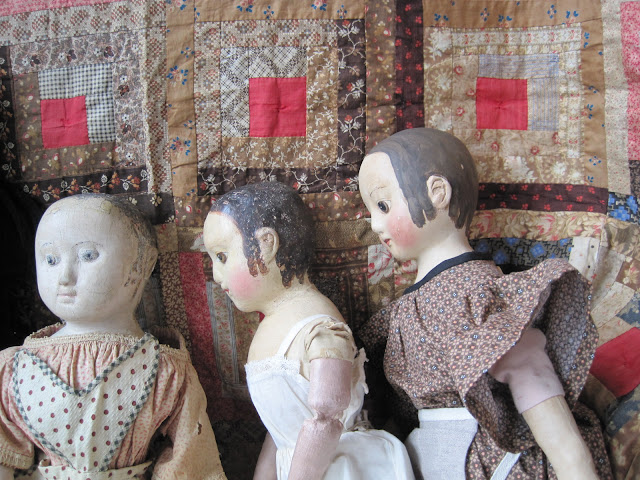 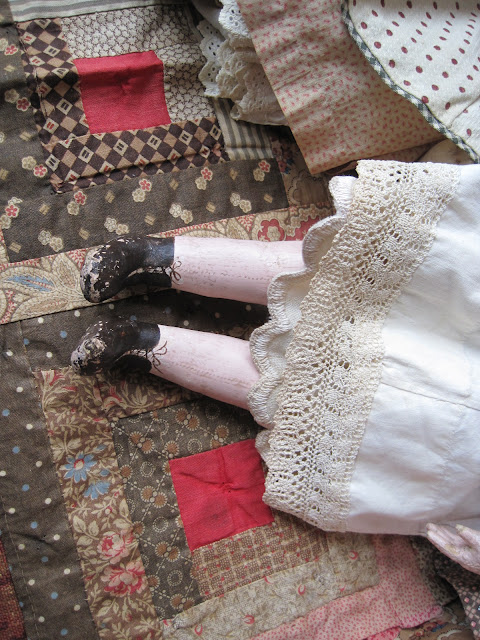 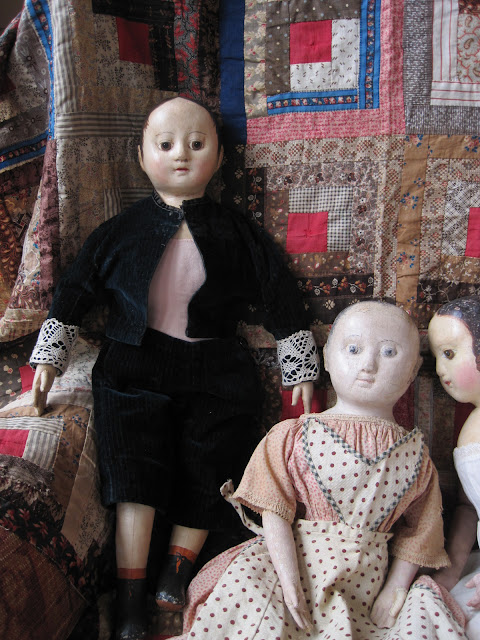 Whispered secrets between sisters, the boy doll is feeling left out?
Edyth asks for suggestions for names for the boy doll made by Jan Conwell.